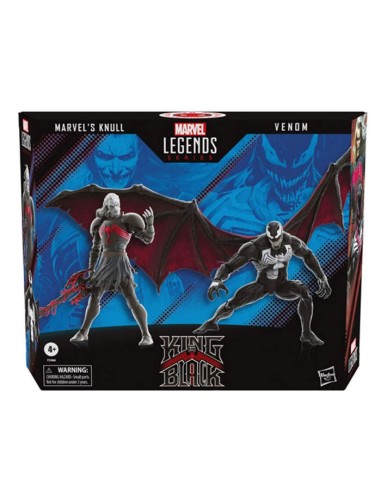 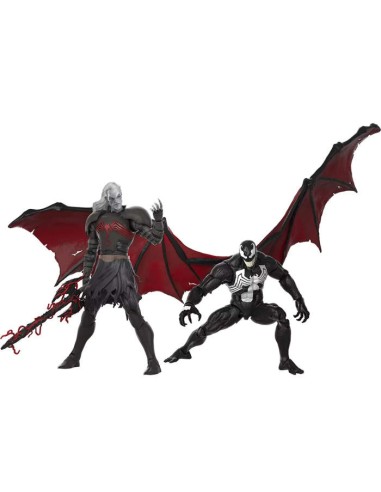 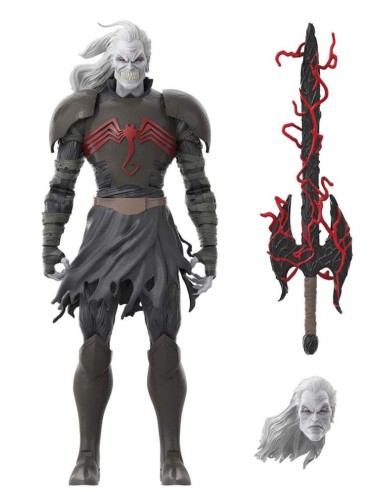 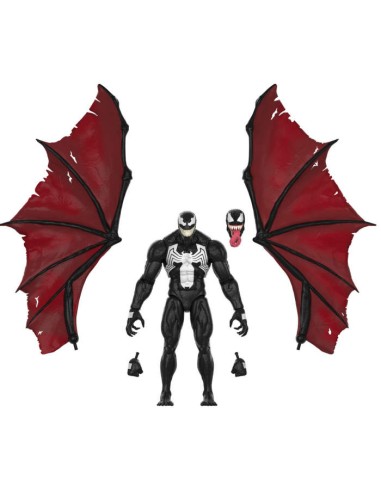 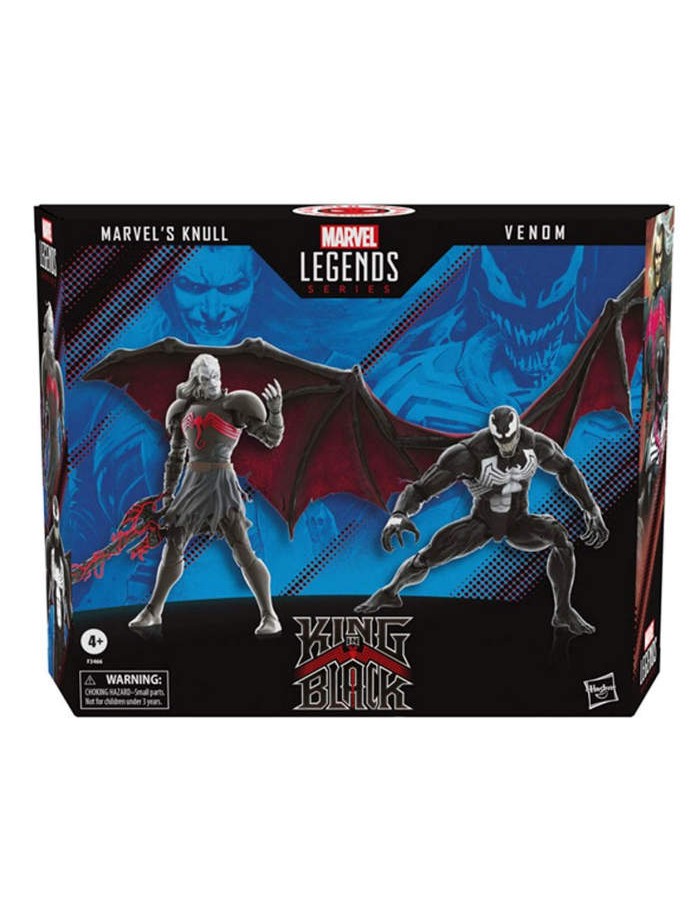 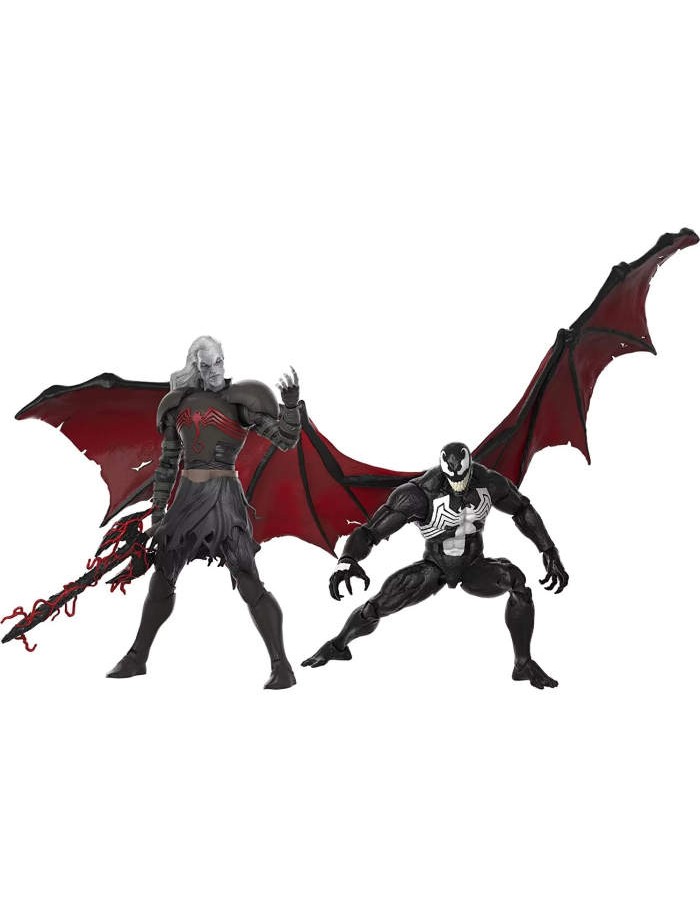 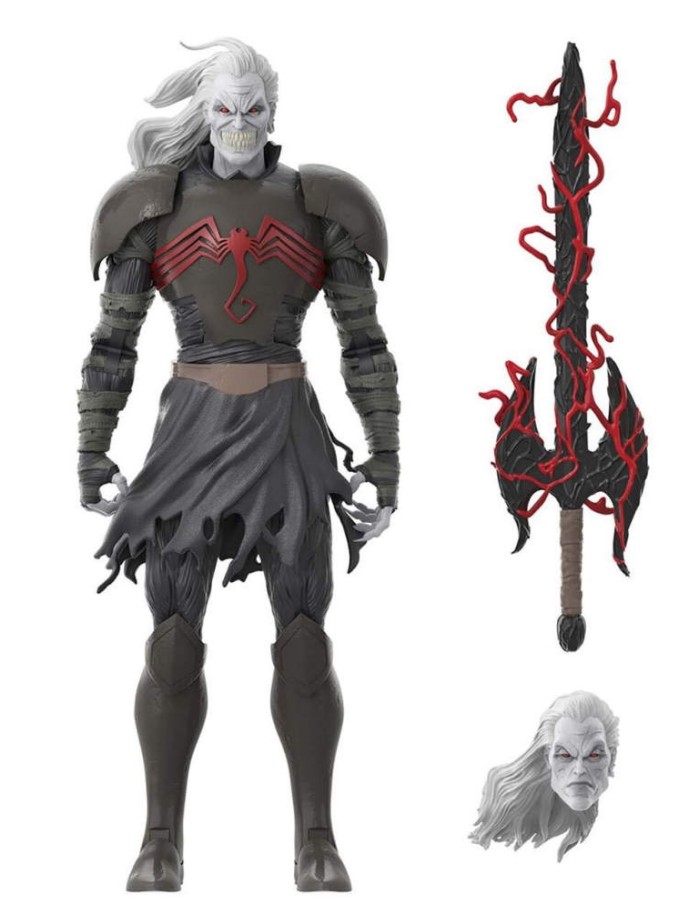 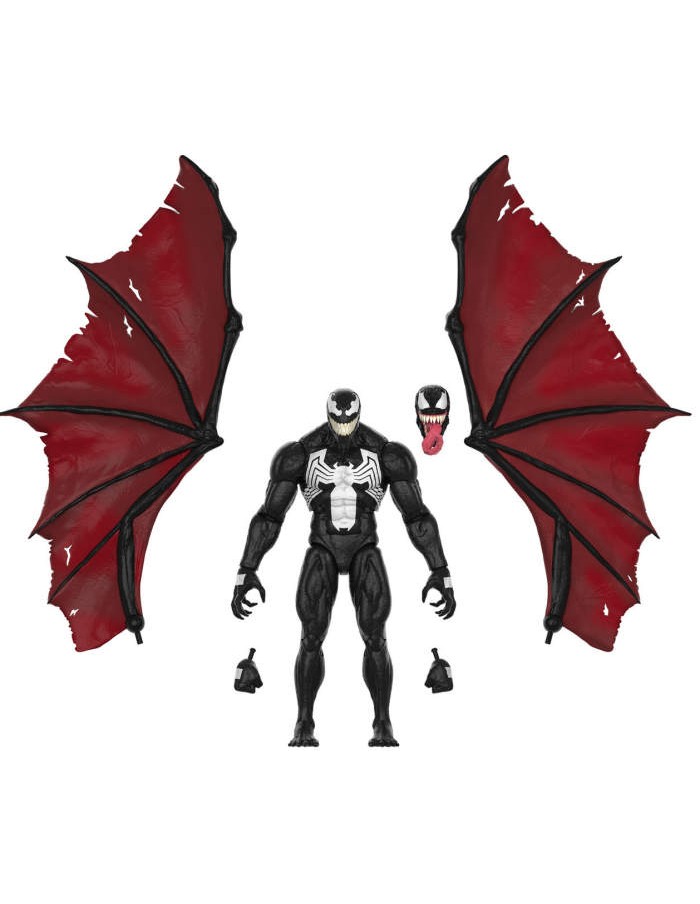 The King in Black, creator of the Symbiotes, Lord of the Abyss, Knull is a creature of primordial darkness bent on corrupting creation itself!

The first symbiote to arrive on earth, Venom takes on strange new adaptations in its battle for survival against its very creator, Knull.

MARVEL COMICS-INSPIRED DESIGN: It's the King in Black 2-Pack! Fans, collectors, and kids alike can enjoy this 6-inch scale 60th Anniversary Marvel's Knull and Venom 2-pack inspired by the characters' appearances in the Marvel Comics King in Black arc!

ALL HAIL THE KING: This 6-inch Marvel's Knull figure features deco inspired by his menacing appearance in the King in Black arc and includes alternate head and weapon accessory inspired by his iconic blade, All-Black the Necrosword!

WINGED VENOM: This 6-inch Venom figure features detailed wings as seen in the King In Black arc as well as alternate hands and head accessories! 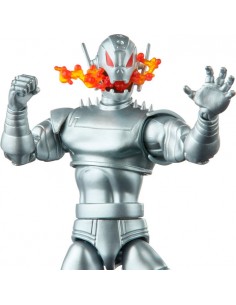 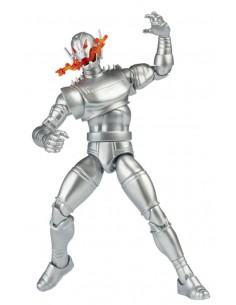 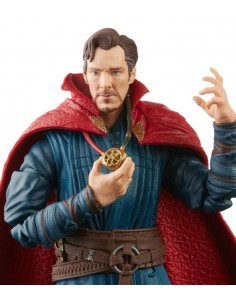 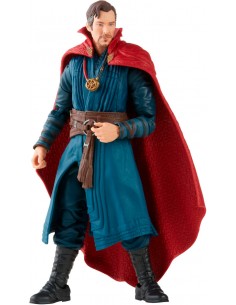 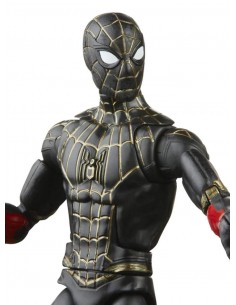 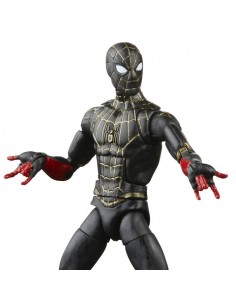 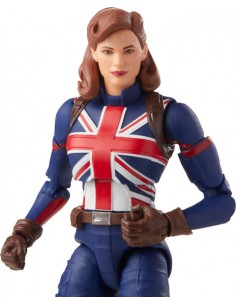 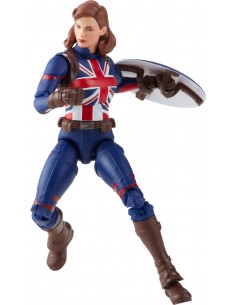 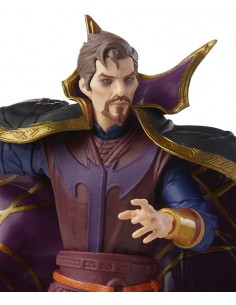 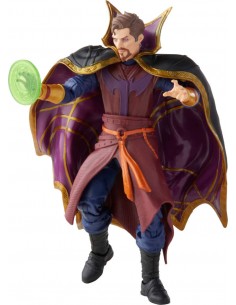